Monica Yother has always been making art even though she was in her late 40's when she went to college for it. At 23 she began her graphic design and illustration career by working at a billboard company, designing huge boards (up to 20'x60') meant to deliver a message in less than seven seconds. She won a lot of awards for that over the next ten years. She left there to head up the creative department and eventually the marketing department for a large format printer, while continuing to design large spaces, including printed murals, wall paper and backdrops. After nine years there, she moved to a high-tech company as senior designer for the marketing department. Monica had always enjoyed freelance work as a side hustle (MY Designs), but her client list continued to grow and some great opportunities were presented if she was willing to take a leap of faith and go full time with it. She was, and in 2009 MY Designs became her only source of work. Visit MY-Designs.net for more. 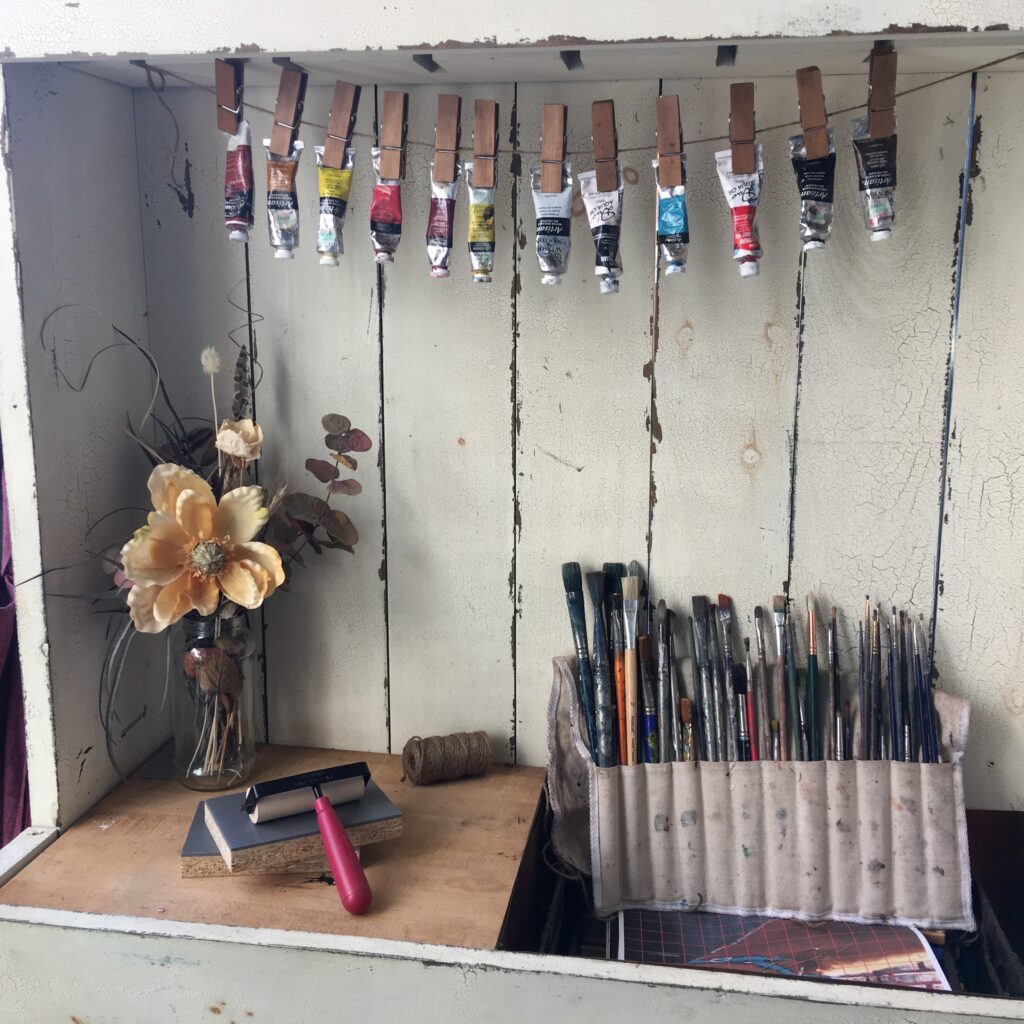 As a child, when other kids were putting away the crayons and paints and turning to sports or hanging out at the mall (this was in the last century, before staring at a screen became a pastime), she did not. Art was always a part of her life, and if she was not riding her horse or reading, she was drawing.  She found ways to keep making art as a young adult. In 2009 not only did she start working her graphic design business full time, she was accepted into Lowe Mill Arts & Entertainment, the largest privately owned art center in the South East. (and one of the largest in the country). This old cotton mill turned shoe factory is home to over 200 working artists, makers and independent creative businesses. Monica's favorite subjects have always been expressive dance figures, and equine art in oils, acrylics or pastels, and abstract mixed media. In addition, she paints commissioned animal portraits in oils. See her artwork here. 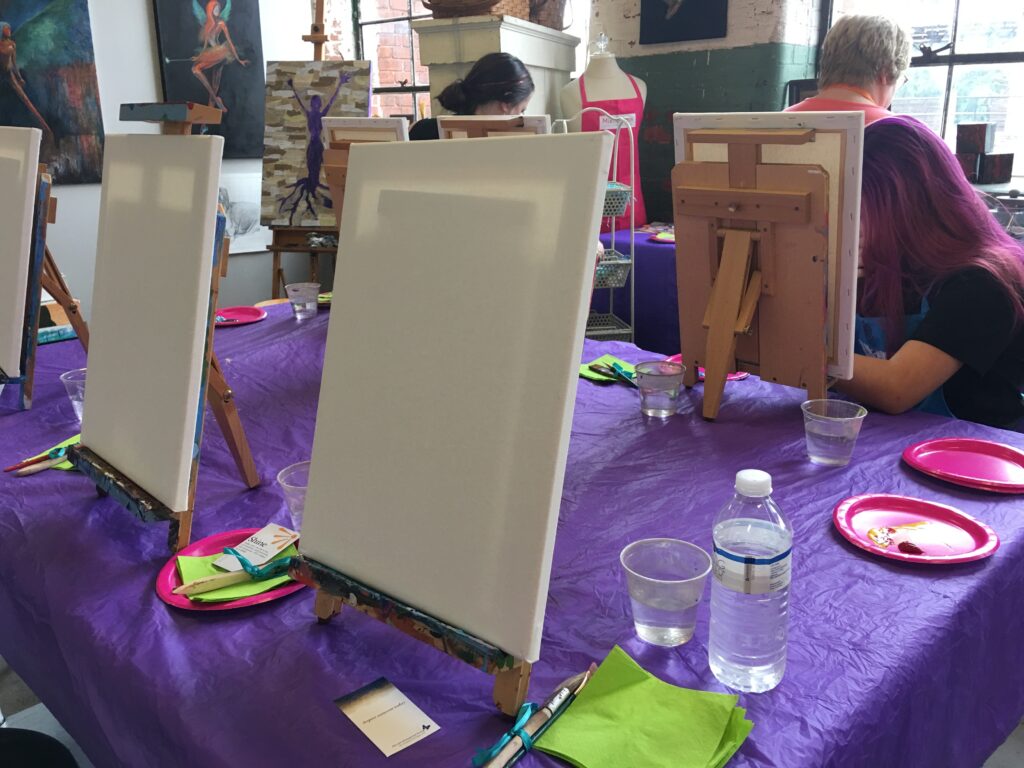 Soon after she moved into the studio, she began hosting painting parties under the name "My Horses Art" with her then nine year old daughter. It was a way to raise money for horse rescue and help fund the horse fever her daughter had contracted. Eventually the "Pony Painting Parties" evolved into "Mixitup.fun" which encompassed all kinds of art making parties for kids, adults and even team building parties. Now, in Studio 127, the painting parties are a little more instructional but still focus on individual creativity, and she has developed the corporate creativity programs into little "innovation labs" where the techniques used by artists are applied to problem solving activities. She is also teaching art classes to individuals and family groups.

Art Journaling has been a passion of hers since she discovered it seven or eight years ago. She has experienced the many benefits of it herself as a way to explore creativity, a powerful self-care tool and a beautiful way to connect with others. She will enthusiastically tell you all about it, or you can read about it her